WHAT IS RAID 5 - THE KEY COMPONENTS IN A NUTSHELL

What is RAID 5? It refers to mass data storage technology that works by combining disk striping along with parity. Let's dig deeper to understand better!
(888) 328-2887
Start Data Recovery

WHAT IS RAID 5 - THE KEY COMPONENTS IN A NUTSHELL

RAID 5 (Redundant Array of Independent Disks) refers to mass data storages technology that works by combining disk striping along with parity. It enables data and parity to be striped across multiple disks for fault tolerance.

Parity implies checking any missing files or overwritten data in the block. Data could be lost or overlapped when it is transferred from one system to another. In case the data is overwritten, it is calculated by parity and is saved separately to ensure that no file is missed in the process of transferring files.

Due to parity calculations, there is a possibility that corrupted data could spread from one block to the other.

In this article, we will talk about the workings of a RAID 5 and how it could be a better fit for your uses. We will also discuss the setup specifics and the reliability of the RAID 5 disks pertaining to drive failure since overall performance is impossible without knowing the intricacies. The last section comes in as a brief comparison between RAID 5 and RAID 6 to help you make a better choice.

RAID 5 and its uses 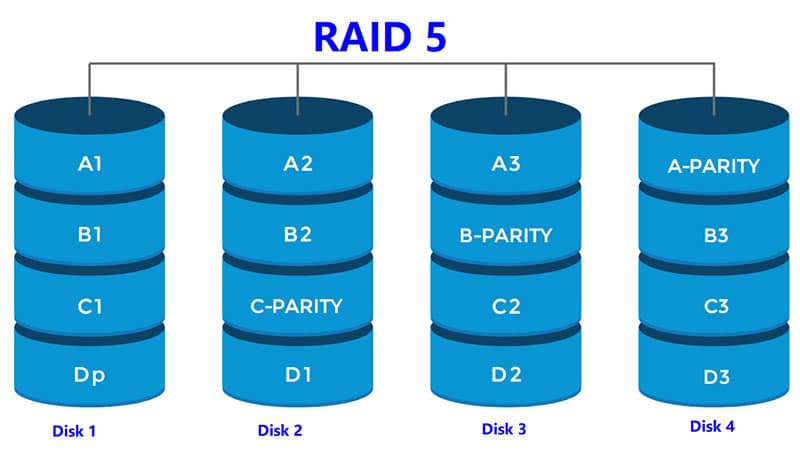 How does RAID 5 work?

RAID 5 is the most reliable and frequently deployed array in the RAID category which equalizes the read and write functions in terms of performance.

The RAID 5 setup works by striping data by the parity function and transfers parity for purposes like restoring data.

In RAID 5, the data is striped and is spread across the volume. A failed drives can also be reconstructed due to the parity data. In RAID 5, the performance can be increased to multiple disks and doesn’t use the mirroring method for fault-tolerant data and redundancy.

It is considered a secure option since parity information is distributed equally across the disks of the array.

The RAID 5 works with the binary (XOR) operations. The XOR function is used to set up a parity drive in a RAID stack. The XOR information is saved in the parity drive. Hence, during the drive failure, the XOR from the surviving drives is copied to the new ones to rebuild the data.

In RAID 1 the capacities are finite, implementing two disks only, so the disk space is actually half the amount of disks present. Unlike RAID 1, RAID 5 data cannot be mirrored across multiple drives.

What are the uses of RAID 5 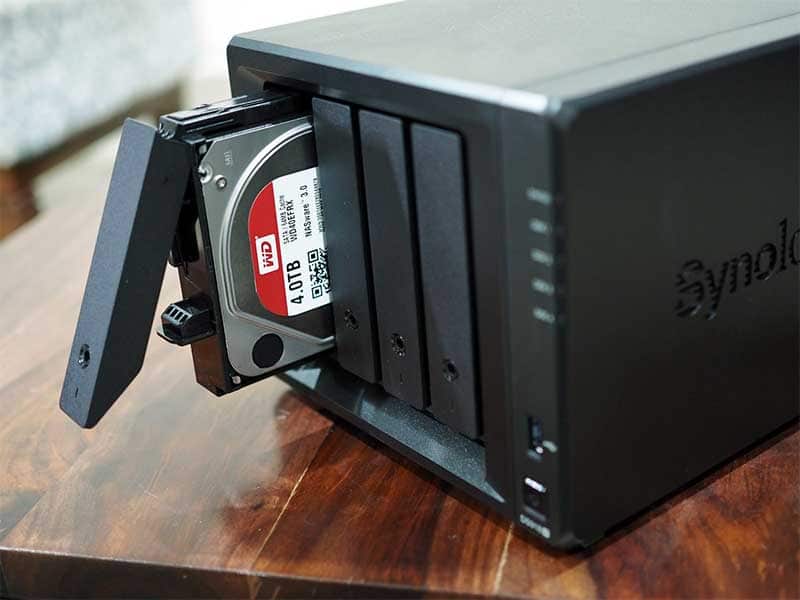 RAID 5 can be implemented where fault tolerance is crucially needed.

A RAID 5 is a perfect option for small businesses where cost efficiency and quality go hand in hand. It is also an appropriate option for individual consumers or at-home PCs where data loss can cause just as much damage.

A RAID 5 is a perfect choice to enhance the performance of a server, reduce downtime, and manage and organize files and information.

Enterprises that can’t compromise on quality use RAID 10. If space and spending a bit more on a reliable system isn’t a problem, RAID 10 could be a viable option.

What is the advantage of a RAID 5

Since the data is distributed across multiple drives, there is a boost in performance. The fault feature is greatly valued in enterprises as the added parity disk in a DRIVE RAID 5 adds to data security.

Greater storage capacities, faster read speeds, and superior (I/O) performances are the most important advantages it offers. The need for fewer drives offers a benefit to users and enterprises to avoid other expensive options.

The downsides of a RAID 5 is that it is complex to understand and implement. In case more hard disk drives space is required, increasing the disks could also make it more expensive.

A RAID 5 offers redundancy by distributing parity data across the array whereas, a RAID 0 has no redundancy. In terms of performance and speed intensive operations, a RAID 0 is better than a RAID 5.

A RAID 3 performs poorly in terms of consistent multiple I/O requests and cuts the data at the byte level. A RAID 3 distributes the data simultaneously throughout the array. A RAID also supports key features of a RAID array like mirroring, fault tolerance, and redundancy.

Both RAID 5 and RAID 3 store parity information only on one disk.

Specifics of the RAID Setup 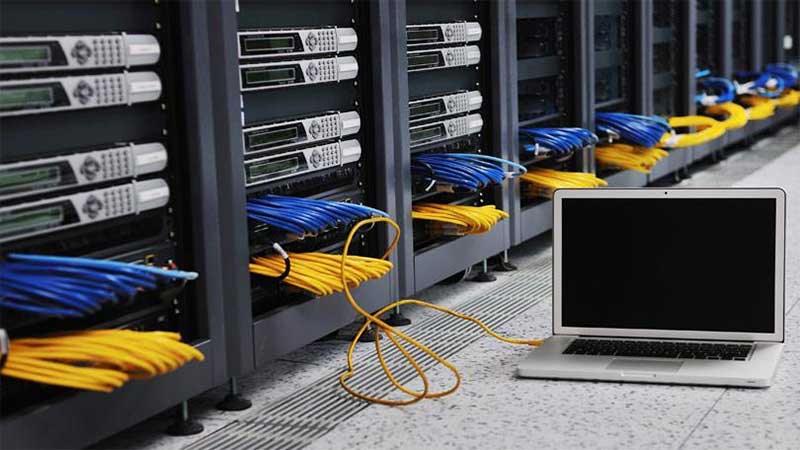 How many hard drives do you need for a RAID 5

RAID 5 uses a minimum of 3 disks (HDDs), with one disk reserved for parity data. The amount of disks can be increased as per the RAID controller capacity. Disks can be included to gain better efficiency, increased levels of speed, and high-level throughput for the desired performance. The RAID disks can be used at the same time, altogether.

In a RAID 5, if you have four 1TB disks in the RAID 5 arrays, you will still end up with a 3 TB storage capacity. The residual 1 TB would be used for the parity function.

Both RAID 5 and RAID 1 can tolerate one disk failures.

How reliable is a RAID 5 in terms of drive failure?

When a RAID drive fails, the system alerts the user as soon as the drive failure is detected and the process to reconstruct the drive begins right away. The operations will continue to function with the surviving drives. The status of the array is changed to “Degraded”. Despite that, the array continues to function but doesn’t continue writing parity information.

Make sure to change the failed disks with a new one as soon as possible to avoid entire array failure. The capacity of the drive is known by the amount of data that is stored on the drive. The RAID 5 storage capacity is limited to the size of the smallest disk capacity on the volume.

With the disks to be configured it is recommended to use the drives of the same nature, though not mandatory. A disk of different firmware, storage capacity, and model may lower the speed and efficiency in business tasks.

If a single drive from the stack fails, the data will be rebuilt on a new disk from the surviving disks. The failed drive could further affect throughput and performance.

It is likely that during this process, the RAID 5 array will function at a slow speed. It will revert to its normal speed once the new disk is rebuilt. Despite the slow performance, the data will still be intact within the disks of the array. 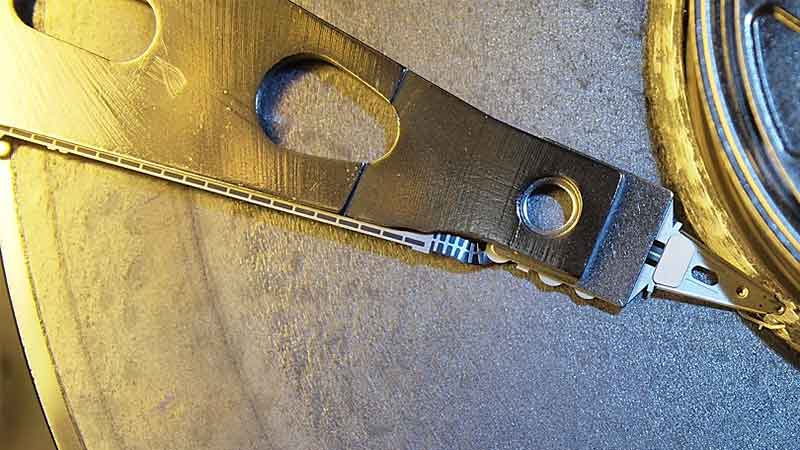 The RAID 5 drives cannot encapsulate the boot information and operating systems into the drives and hence these components are still left vulnerable to failing.

The time taken for a RAID 5 to rebuild can also be prolonged to a day or more. During the rebuild time, the corrupted data could get copied to the other drives or the other drives could fail due to some other reason. Hence, the data across the stack is vulnerable.

The reason for the prolonged rebuild time could also depend on the speed of the controller and also the amount of data saved on the failed drives. The rebuild time increases as the data on the disks increases.

The drive that is being rebuilt should have the same storage capacity as the failed drive. The increased time can decline the performances of the disks.

In case of a disk failure and rebuilding data in a RAID array, it is recommended to opt for RAID recovery services experts!.

At TTR Data Recovery, we leave no stone unturned in providing the best results with the safest techniques.

Data recovery could also be done with the help of data recovery software. The software enables a user to recover or rebuild the data in the system by themselves.

Though, little to no knowledge of the system and its details may lead to repercussions like slow performance and speed, failure of drives, etc

Either way, it is vital to keep a backup of all the important files to avoid data loss.

Shutdowns or recovery processes could take a long time. This feature is highly detrimental to businesses and organizations where data accessibility cannot be delayed.

The safest way is to recover the data from the drives is to address them individually before the entire array is collectively addressed. The quality of data recovered will depend upon the damage to the RAID.

What is the difference between RAID 5 and RAID 6

They are mostly utilized for web and file servers and systems where the majority of transactions are related to the read function. They are not a suitable option for hefty write operations. A lot of built-in controllers work well with RAID 5 RAID 6 and other options from the RAID group.

A RAID 5 requires equal to or more than 3 disk. At the same time, a RAID 6 requires a minimum of 4 disks to set up.

In RAID 6, there is no increase in the speed of write operations in comparison to RAID 5.

Apart from the other options in the RAID category, RAID 5 utilizes the complete overhead capacity of the disk space.

The option of a hot spare only exists with a RAID 5. The process implies using a spare disk in the array in case a drive fail. As the drive failure will be detected, the data will be copied to the spare disk.

Even if the other drives fail, the data could be backed up in the spare disk. This feature helps while changing the disk from the RAID 5 array without having to shut down or interrupt the work operations. This feature ensures business continuity since the array is still accessible during the process.

Now you know What is RAID 5!

Choosing the RAID option that suits your business needs depends upon the uptime you prefer for your work operations. A proper analysis of the RAID options will help to choose a better option.