Configuration and Setting up of SSD RAID 1

Setting up SSD RAID 1 can be tricky especially when you're a beginner. We conducted the research and pointers for you to be able to do this safely.
(888) 328-2887
Start Data Recovery

Configuration and Setting up of SSD RAID 1

RAID 1 is a process used for safeguarding files stored on our storage systems. Through the process known as mirroring, data on the storage drive is duplicated onto another. The idea is that data loss is prevented.

Usually, the process has been carried out on hard disk drives (HDD) over the years. This is because they were the most popular types of storage drives in use for many years. However, with the introduction and widespread use of solid-state drives (SSDs) due to their limited risk of drive failure, the process has been adapted.

Therefore, RAID 1 with SSD can be defined as a process of duplicating data on two SSDs or more, instead of using a single SSD, to prevent data loss. It involves connecting multiple SSDs to a RAID controller to create an SSD RAID array.

There is a distinguishable difference between the process of SSD RAID  and other forms of RAID, such as HDD RAID. In contrast, the RAID 1 process involves using any type of storage device to mirror stored data, while the process in an SSD RAID involves using just SSDs to perform the mirroring.

How to Setup RAID 1 with SSD 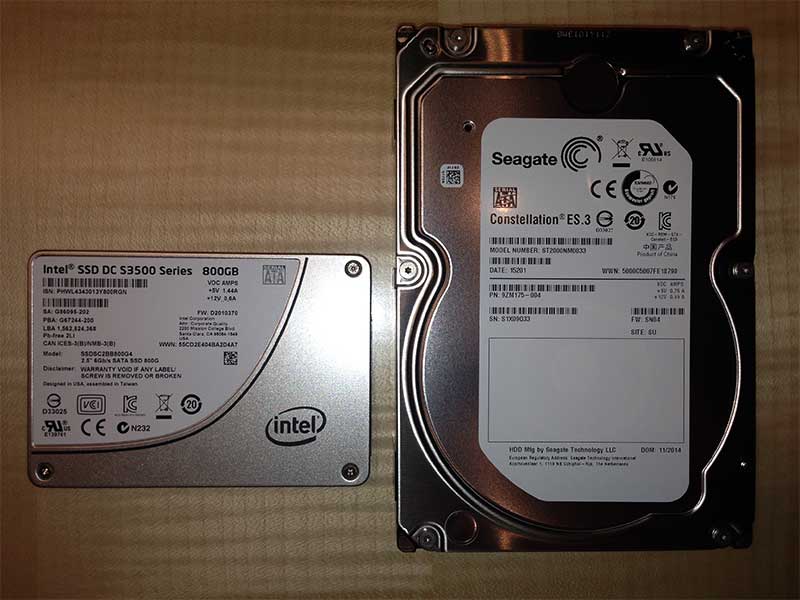 The process of mirroring data on your SSDs is not rocket science. By following simple steps that will be enumerated below, you can successfully carry out the process on your own SSDs.

Check and prepare your SSDs

Special attention should be paid to the SSDs that you plan to use in your RAID 1. Ensure that the SSDs to be used are identical to each other. The reason for this is to increase the speed of the process, as a slower or different drive type will slow the overall performance of the RAID.

The process will be as slow as the slowest disk in the array (subject to the SSD RAID controller limit). The similarity in the storage devices should include firmware and interface.

It is advised that before carrying out the SSD RAID 1 setup process, an adequate backup should be made. This is important despite the duplication of data the process does. Remember that array is not a file backup process; rather, it is a protection against losing data in case of future disk failure.

Data could be compromised during the RAID setup – that’s when you need to data recovery from RAID. When this happens you’ll need a RAID recovery services expert to assist you. We are available 24/7!

Run the Storage Spaces Utility on your computer

The utility for running a RAID 1 process on your Windows enabled computer is called ‘Storage Spaces’. Search for the term using your search bar. Open and run the utility.

Then click on ‘create a new pool and storage space’. To put it into effect, you will be requested for the administrator’s permission. You should select yes and enter the admin password if requested.

A page listing, the available unformatted hard drives that can be used for the array will open. Here, you will need to select all the drives that you want to use and select ‘create pool’. After that process, you will be required to name the pool and give a drive letter.

The label of the drive will be the name given to the pool. You will then be prompted to choose a filesystem and resiliency type. This is where the RAID 1 array is created.

Select ‘NFTS’ as the file system and ‘Two-Way Mirror’ as the resiliency type. The two-way mirror resiliency type is equivalent to the RAID 1 array. After making all these selections, you can then click the ‘create storage space’ tab to start the process. 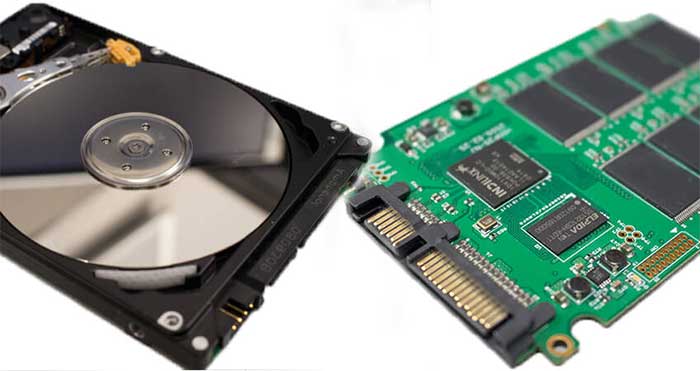 After answering the question, what is SSD RAID, let’s examine the extent to which we can rely on the process for protecting our solid-state drives from data loss.

One, solid-state drives (SSDs) are reliable storage devices in general. This is due to the absence of moving parts that generate heat and friction like that of hard disk drives (HDD). Because of the absence of heat, wear and tear from thermal expansion is reduced.

There can still be occurrences of data loss in solid-state drives due to firmware issues, data corruption, and circuit failures.

To prevent this, the use of the RAID is important. By mirroring the data stored on the drive to other hard drives, adequate protection is offered against loss of drive data during failures of storage systems.

Which one is better – HDD or SSD RAID 1? 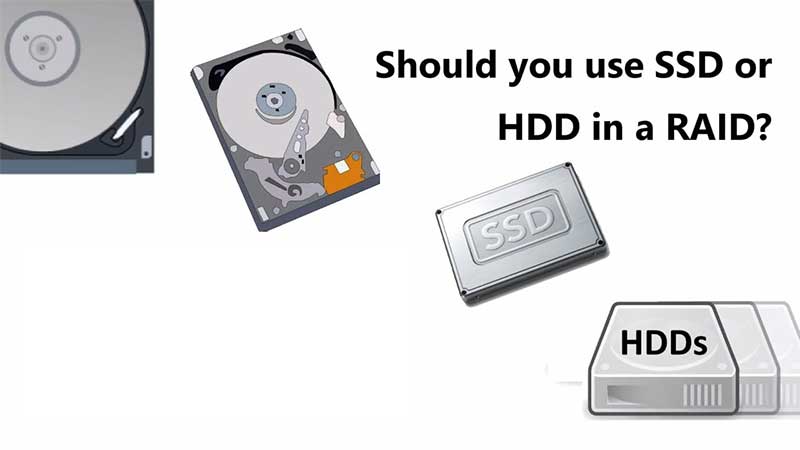 Selecting the better process between these two would require a reminder of two important qualities about HDDs. They tend to fail easily, and they offer poor performance. Considering these two factors, one would find it imperative to determine the reason for which the RAID array is to be used.

The RAID array will work effectively if it is needed for protection against loss of data or for improving the performance of the system.

However, it would be beneficial to remember that because of the poor performance of hard disk drives, there tend to be some irregularities in performance. Irregularities like inadequacy of single disk for certain tasks tend to occur.

It would be necessary to remember that with the introduction of the RAID array, HDDs will improve in performance and the offered data protection by the RAID may offset some risks associated with using HDDs . On the other hand, the performance of SSDs will always be better than that of HDDs since they perform at a faster rate.

For the reasons above, it is safe to state that RAID with SSDs is better than RAID with HDDs.

Pros and Cons of using SSDs for RAID 1

There are numerous benefits of using SSDs with your RAID array. An important one is the offered protection against the loss of information on your drive, if and when a disk failure occurs. Another benefit of using SSDs with RAID is the increase of disk performance.

These merits are two of the major reason why you should carry out a RAID SSD configuration.

As with the demerits of the process, there are two major disadvantages:

The first one is the reduction in space available. As the process involves mirroring or duplication of data for protection, only half of the total storage space is available for computer usage. The other half is reserved for the duplicated or mirrored data.

The second demerit involved with the process is the rate of power consumption. Solid-state drives (SSDs) that have been used with a RAID array consume a lot of power. This power consumption is usually double that of a single drive system.

The process of using solid-state drives (SSDs) with a RAID 1 array is a very safe process that ensures the protection of your files against loss from one, failed devices or two, corruption.

Although there are a few disadvantages with using a RAID 1 in general, like limited storage space, using it with SSDs is a better option than using it with hard disk drives (HDDs).