Many companies and organizations favor RAID 6 due to its high fault tolerance and redundancy, which make it a reliable and comparatively safe data storage option.

But when the RAID 6 array breaks, you may find yourself wondering what to do. Contact TTR Data Recovery today and ask about how our RAID 6 data recovery services can prevent data loss in your array.

RAID 6 – also known as double parity RAID – is a development of the RAID 5 array. They are functionally very similar, but RAID 6 provides higher reliability than its sibling configuration.

RAID 6 achieves its high reliability by making use of double parity, according to its name. With this method, the configuration uses block-level striping to write two parity blocks on each of its member drives.

In the case of data loss or corruption, the system can use the stored parity data to compare against the damaged data and rebuild itself. As such, you could say RAID 6 performs a minor form of RAID recovery on itself.

However, the increased security does come at a cost. When comparing a RAID 6 array to its brother RAID 5, the former has to major drawbacks.

The first is its lower read/write speed. Due to a RAID 6 array having to write two blocks of parity data on its drives, it cannot compete in write speed with RAID 5, which has only one parity block.

Finally, as RAID 6 requires at least four hard drives, it can be fairly expensive to set up. As such, it can’t be called a strict improvement to RAID 5. RAID 6 is most suitable for file and application servers. 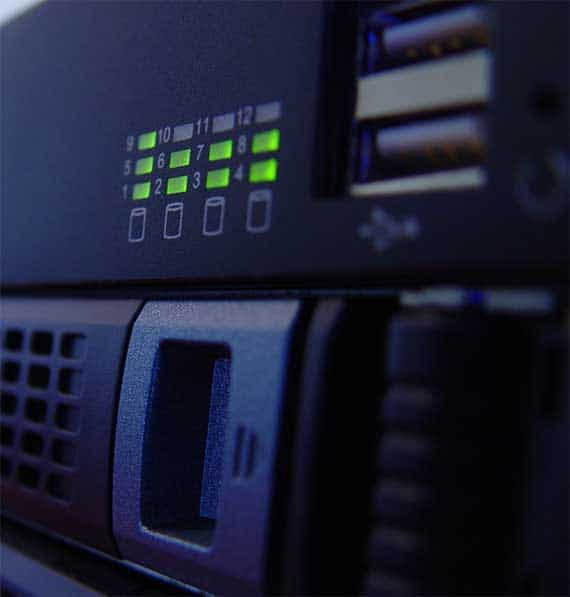 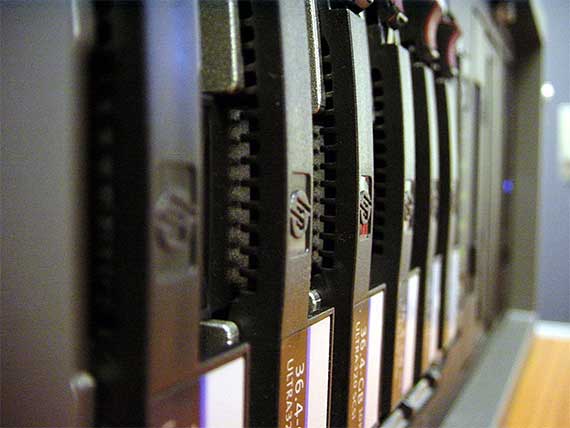 While RAID 6 data is fairly secure due to the array being able to handle two cases of hard drive failure at once, it is not bulletproof. For example, incorrect operation or a power surge could cause three drives to fail at once.

In such a case, RAID 6 data recovery processes are necessary to prevent total data loss. TTR Data Recovery is well placed to help you recover your data when you encounter RAID 6 failure.

If you want your RAID 6 data recovered quickly and reliably, get in touch with TTR raid recovery technicians. Whether you’re struggling with a broken RAID controller or hard drive failure, we have the knowledge and tools needed to successfully recover your RAID 6 data.

All of our fairly-priced and comprehensive service packages include the following benefits:

Don’t pay up-front fees just for finding out what kind of failure you have encountered. TTR will analyze your RAID 6 drives at no charge before giving you a competitive quote.

We will send you a full list of all the recovered data so you can confirm we’ve done our job right. Not satisfied with what you see? We’ll ship your media back to you, free of charge.

In the extremely unlikely case that we’re unable to recover your data, we will return your hard drives to you at no cost.

Our RAID 6 data recovery methods are verified by industry-leading manufacturers and will not void the warranty of your drives.

In addition to everything included in our regular service packages, our emergency services include:

When your RAID 6 array can’t wait, we can’t wait either. Our same-day emergency diagnostics will get you on track to data recovery in record time.

Our customer service representatives are available to give you status updates on your when you need them, 24 hours a day, 365 days a year.

RAID 6 failure doesn’t ask whether you’re in or out of the office. TTR will help you every day of the year.

Don’t pay for service that might end up not working. We will not add any up-front or attempt fees to your bill.

Examples of media and hard drives on which we perform daily data recovery.

*If you can’t see your hard drive listed, don’t worry; TTR Data Recovery can recover from any type or brand of hard drive.

Types of RAID 6 Failures We Accept

TTR technicians have successfully recovered data from RAID sets owned by private users all the way to those used in NASA space shuttles. We are familiar with all forms of RAID array failure.

While it is tolerant of many failure types, other forms can still cripple a RAID 6 array and require extensive data recovery. RAID 6 is – despite its redundancy – susceptible to data loss brought on by total system failure.

Among the types of RAID 6 failure TTR Data Recovery accepts are:

TTR Data Recovery is unique in that we believe extensive certification is the best way to build trust among our clients. We have gone to great lengths to have reputable third-parties verify and certify all our data recovery methods – including RAID 6 data recovery – as efficient and reliable.

Included among the certificates we carry are:

We at TTR take the security of your data extremely seriously. Remaining compliant with the SOC Type II Certificate ensures that we employ the industry-best approaches to maintaining the privacy, confidentiality and integrity of all data we recover from your drives with our proven RAID 6 data recovery methods.

RAID array hard drives are delicate devices, and any environmental contamination can ruin RAID recovery. Our RAID 6 data recovery processes are carried out in our continuously audited, certified cleanrooms that adhere to the highest standards of control against airborne particles, biological contaminations, and other environmental hazards.

In addition, TTR is a proud holder of the following certificates:
GET IN TOUCH HDD Recovery Help

Data Recovery Services You Can Rely On

During our 14 years in business, we have helped recover:

TTR's knowledgeable and friendly customer service representatives and experienced, certified technicians have earned us an A+ BBB-rating. You can count on them to guide you through our recovery process and ensure that you get your data back.

TTR is keenly aware that when it comes to urgent recovery, RAID array failures are among the most critical cases. Our extensive list of locations nationwide ensures that we're close to you when you need RAID 6 recovery.

TTR Data Recovery is supports all makes, models, and interfaces of hard drives, including:

We have also performed RAID 6 recovery on practically all operating systems, including:

TTR’s hard drive recovery methods are compatible with all drives from all manufacturers. From external drives to desktop and laptop computers, our technicians have a history of success in reuniting owners with their lost data.

Whether your files have disappeared due a failed HDD or accidental deletion, don’t worry. We have the tools in place to ensure your loss is not permanent.

It is not only RAID 6 recovery that we excel at. Our experts have carried out successful RAID recovery on all RAID levels and configurations.

We provide a one-stop shop RAID service solutions. Our tools and processes will resolve your RAID data loss problem, whatever your system or failure may be.

TTR’s SSD recovery services have helped dozens of businesses who have lost their critical information. No matter the SSD make, our proven methods will get to the bottom of the issue and save your data.

SSD drives are much more reliable than regular HDDs, but even they are not invulnerable. When the inevitable happens, we are here to recover your SSD data.

Familiar with any issue your server will encounter, TTR techs are ready to tackle and resolve your problem. From human error to natural disasters and total drive failure, we will get your server back online.

Don’t stand for preventable data loss when your server fails. Get in touch with TTR today and ask about our server data recovery services.

Operating systems pose no barriers for TTR Data Recovery technicians. Our firsthand experience means we handle each case as effectively as possible

Going through your Mac OS file systems and recover files along the way is easy because we have a team of Apple Certified Mac technicians.

Recovering important files in various operating systems of Microsoft Windows can easily be done because of our high-end technology.

All distros are covered by our Linux support. This enables it to overcome logical errors and file corruption, among others.

How Many Drives Can You Lose in RAID 6?

Due to the double parity included in the configuration, RAID 6 can manage two failed hard drives while remaining operational.

RAID 6 has high redundancy and fault tolerance thanks to its dual parity, making it a generally safe and reliable mass data storage option.

RAID 6 is superior to RAID 5 in redundancy and reliability, but RAID 5 provides faster read/write speeds and has more storage capacity per member drive. As such, neither is strictly better than the other and the choice comes down to the intended application.

How Does RAID 6 Work?

A RAID 6 array functions similarly to RAID 5, utilizing block-level striping across all member drives. Unlike RAID 5, RAID 6 writes two parity blocks on each disk, enhancing security and resistance to failure.