Have you ever wonder about RAID 1 vs RAID 5, which is better in terms of speed, storage, read and write performance? Let's find out!
(888) 328-2887
Start Data Recovery

RAID 1 and RAID 5 may sound similar, but these two are different RAID levels. While their processes may differ, the two configurations (RAID 5, RAID 1) are geared towards the same purpose – fault tolerance. This article will discuss the differences between these two RAID levels and how you can utilize them in boosting the performance of your storage devices.

Now that we have examined the definitions and processes between RAID 1 and RAID 5 let’s proceed to discuss the difference in the performance of these two levels. 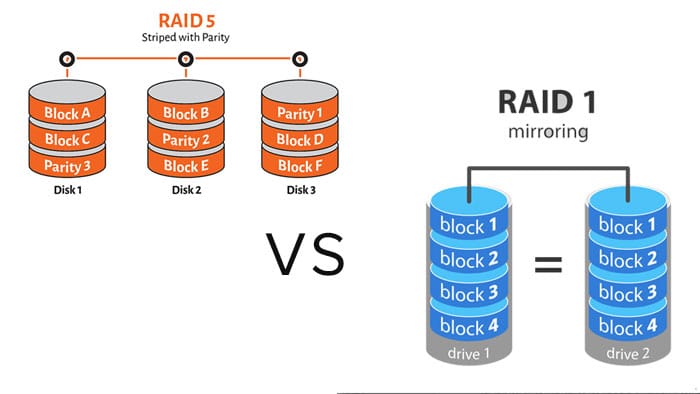 The first performance comparison that will be discussed is the speed of the read and write operation of the drives used in these processes.

Both of the arrays have fast read operations. The reason for the fast read performance is the parallel readability of the data in both processes. However, RAID 1 has a quicker read operation than RAID 5. this is because when a read request is sent to the drives in a RAID 1 configuration, the fastest disk sends the data back to the RAID controller.

If you’re having a problem with your RAID Recovery, our expert engineers at TTR Data Recovery are always here to help!

What are the advantages of RAID 5 over RAID 1? 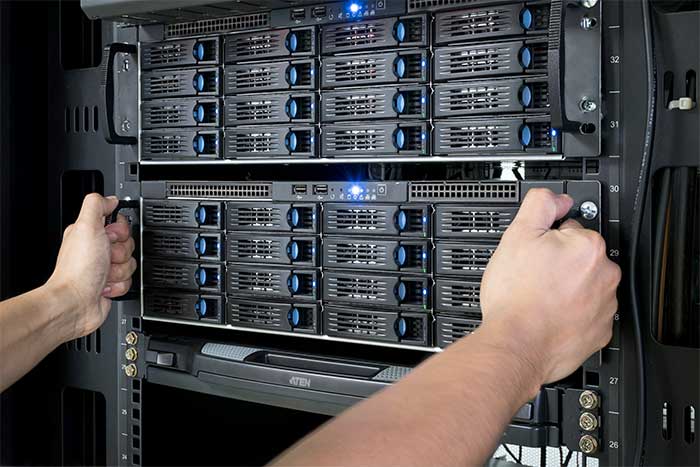 The RAID 5 array has some advantageous edge over the RAID 1 array. Some of these beneficial edges are discussed below:

RAID 5 helps to optimize the storage capacity of the drives in an array. This is because it strips data and stores parity information across the drives in the array. The total space wastage is 33%, a percentage that could be reduced to 25% if four drives instead of three are used.

This means that RAID 5 is more cost-effective with regards to storage than RAID 1.

As explained above, the RAID 5 array has a faster write operation than that of RAID 1.

You can access data from disks in your RAID 5 array even when a failed disk is trying to rebuild. Although this process may be slow, it is an advantage over RAID 1, which requires a shut down of the RAID array during a rebuilding process.

Final Verdict: RAID 1 vs. RAID 5; Which one is better overall? 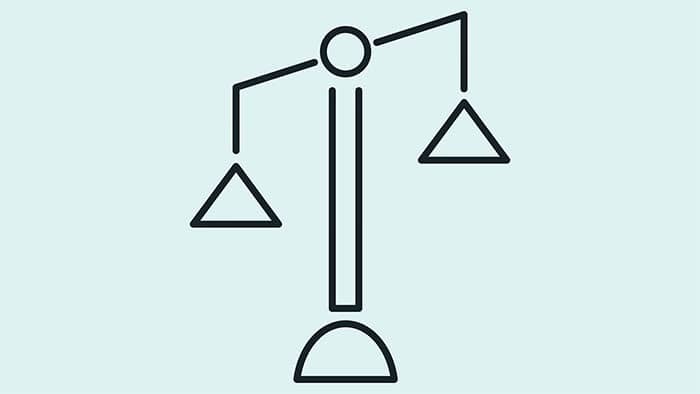 Between these two categories of RAID level (RAID 1, RAID 5), choosing the better process overall will require some considerations. Part of the considerations includes the number of drives that you need to use.

In summary, a better overall process between the two categories of RAID levels (RAID 1, RAID 5) will depend on your resources and your requirements with regards to storage spaces and read/write operations.

RAID 5 is bad because it only protects your data against one disk failure. This protection doesn’t involve multiple disks failures.

How reliable is RAID 1?
Of all the RAID configurations (including RAID 0, RAID 5, RAID 4, and the rest), RAID 1 has the most reliable method of protecting data due to the mirroring process.
What is the advantage of RAID 5 over RAID 1?

The RAID 5 array has some advantageous edge over the RAID 1 array, including efficient storage space, accessibility to data during disk rebuild, and much more.

Is RAID 5 faster than a single drive?

No, it is not faster than a single drive. It might even be slower.

Is RAID 5 the best?
Selecting the best array will depend on a lot of factors, including resources, preferences, and user requirements. You should consider all of these variables before deciding which array is best for you.