RAID process is a method by which the reliability and data storage performance of storage devices are enhanced. Find out which is better RAID 6 vs RAID 10.
(888) 328-2887
Start Data Recovery

The RAID process is a method by which the reliability and data storage performance of storage devices are enhanced. An acronym standing for redundant array of independent disks, it is commonly used with HDD hard disks. However, recent development has seen it being applied to Solid State Drives too. There are varying levels of the RAID process, and each of these processes can be applied for different purposes.

The RAID configurations have their attendant merit and demerits. As these processes are not standardized by any unified body, the selection of any of these processes will depend on the need of the user. The aim of this article is to help you make a very important decision concerning two different Raid processes.

If anything goes wrong with your RAID setup, don’t hesitate to call our RAID array data recovery service experts.

Raid 6 is commonly referred to as the double parity Raid. It acts as an upgrade to the RAID 5 process, which uses one drive instead of the two used in RAID 6. Raid 6 requires a minimum of four storage systems to operate.

Raid 10 (Raid 1 0) is another variant of the RAID process. It involves the combination of the Raid 1 and The Raid 0 processes. This implies that data mirroring and data stripping are combined in a single system.

Raid 1, data mirroring, is carried out on all secondary drives to secure the data. This means that as long as the data is mirrored (copied) on another drive, the security of the data is ensured. This holds even if the original drive containing the data is damaged or unavailable. 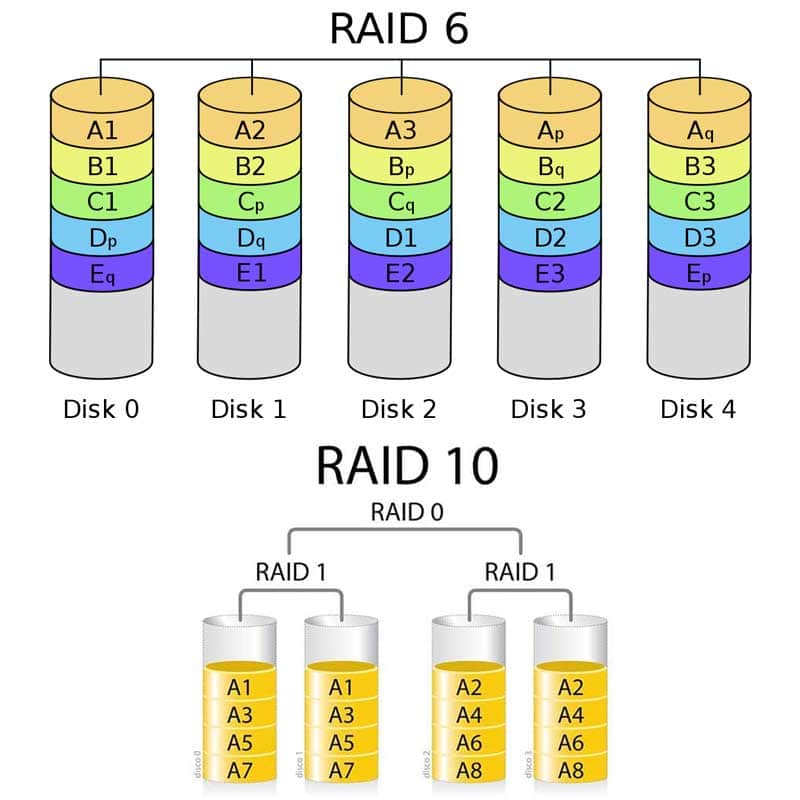 In this section, we will attempt to establish the differences that exist between these two RAID processes, Raid 6 vs Raid 10.

What are the unique characteristics of RAID 6?

Raid 6 array is more secure than most RAID processes, even Raid 5, this is because the parity checksum of the data in Raid 6 is written and stored on two disks, unlike one disk used in Raid 5.

The Raid 6 array provides more usable capacity by using up less disk space as compared to most RAID arrays. 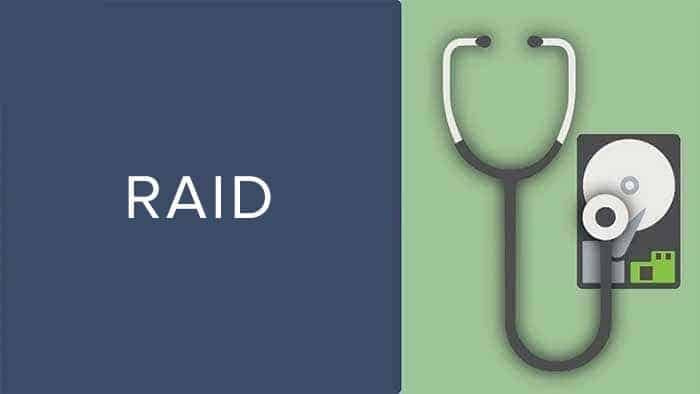 It is difficult to summarily declare that Raid 6 is better than Raid 10, or vice-versa. This is because both processes have their attendant advantages and disadvantages. The decision of the better process between the two arrays will be determined by the uses and requirements of the user.

If you are keen on protecting your data while conserving disk space, Raid 6 might be your best bet. It provides efficient protection against data loss during disk failures. And this is done without consuming much space as Raid 10 does. While Raid 10 does ensure data protection too, it consumes a lot of space in doing this.

If, on the other hand, you are more concerned with the speed of data transfer on your storage systems, then you may want to go for Raid 10 since it has a higher rate of data transfer. By virtue of the data stripping activity of Raid 0 array, quicker access and loading of files is ensured.

If, however, you want to enjoy the best of both worlds, i.e., secure data during a disk failure and speed up of the rate of data transfer, Raid 10 array is your best option. Although, with the Raid 1 0 arrays, you will be consuming a lot of space in enjoying these benefits. 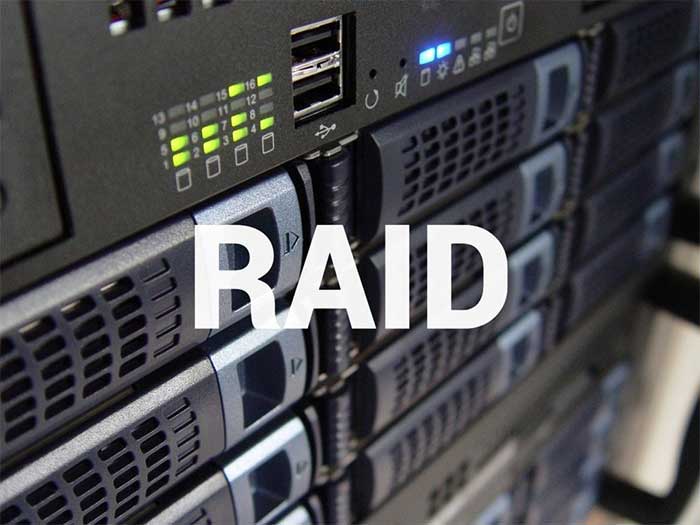 How many drives can you lose in a RAID 10?

A total of four drives can be lost in a Raid 10 array.

Raid 10 is very safe. This is majorly because of the presence of Raid 1 array, which is the safest RAID level.

As with any RAID level, there is no requirement for identical storage devices in the configuration.

How many disks can fail in a RAID 10?

Raid 10 can only survive a single disk failure.