Do you know the common causes of RAID 0 failure? In this article we're gonna discuss the most common causes and solutions that comes with it!
(888) 328-2887
Start Data Recovery

RAID 0 is one of the more common basic RAID levels, seeing widespread use in applications that require fast read/write speeds and high data storage capacity. But when the array fails, you might be in real trouble. In this article, we will examine the six most common causes of RAID 0 failure and the steps for RAID 0 recovery.

A level 0 RAID configuration is different from most other levels in that it provides no redundancy. As such, its fault tolerance is very low and any problems could lead to data loss.

In this configuration, the stored data is split evenly between two or more member disks through a data storage method known as striping. With the minimum two hard drives, one of them will hold exactly half of all the data in the array.

This means that if one hard drive in the array fails the whole set will stop working and potentially face total data loss. As RAID 0 is so susceptible to failure, it is often used in conjunction with other levels, such as RAID 1 to form a 10 or 01 array.

For those operators running a pure RAID 0 array, though, it is important to be aware of the most common causes of RAID 0 failure. Here are the six most common reasons that cause RAID 0 drives to go under. 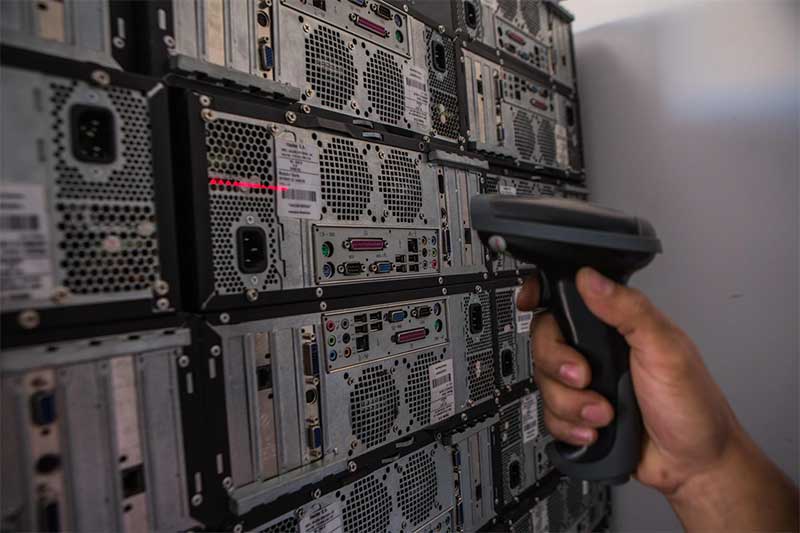 Bad sectors are unusable parts located on the magnetic or optical disc inside a hard drive. These are divided into physical and logical types – or “hard” and “soft” bad sectors.

Luckily, unless the broken controller has caused other issues, extensive data recovery is not usually needed in these cases. You can simply repair and/or replace the controller.

Like a regular hard disk, a RAID array can be partitioned. Sometimes, for various reasons, the data or the file system of a partition becomes corrupted and renders it inaccessible.

A partition could be corrupted because of any of the reasons listed in this article, a simple user error, or various other reasons. Whatever the culprit may be, a damaged partition poses a challenge for data recovery. Usually, this type of failure requires the whole set to be rebuilt.

As everyone certainly knows, computer viruses and other kind of malicious software can destroy computer systems. RAIDs are not immune to them either, and a virus can render a whole RAID volume inoperable.

Usually a good firewall and antivirus software are enough to keep your computers free of infectious pests. Virus databases these days are also fairly comprehensive even with freeware antivirus programs and they can deal with any issues as they show up.

If a virus manages to get a firm hold of your array, though, more comprehensive data recovery measures may become necessary. Any infections should be taken care of as soon as possible.

Inside every hard disk is a read/write head, which glides over the disc on a small air pocket. This head is responsible for – you guessed it – reading the data stored on the drive and writing new data.

As a mechanical device, a read/write head will eventually wear out. When it does, you will start noticing crashes, disappearing files, and strange error messages. For mechanical failures like this, it is best to contact a data recovery company.

This is the nightmare scenario for RAID 0 sets. Unlike other levels, like RAID 1, this level provides no redundancy and a failed hard disk will kill the entire array.

Due to striping, there is no built-in backup on this RAID level and one failed disk can mean total data loss. Any data recovery attempts in this case should be left for professional engineers.

How to Recover Your RAID 0 Data

When your RAID 0 set fails, the most important thing you can do to ensure successful RAID recovery is to stop using the array immediately. Turn off the power and leave the set as is to keep the member disks in order.

Depending on how the set has failed, you may be able to use DIY methods to recover data from your failed set. Software-based and logical problems are most open to these recovery options.

There are many free and paid RAID recovery software available online. Most are compatible with RAID 0 and in less severe cases a knowledgeable user can get their data back with little to no issues.

However, inexperienced users can easily cause further damage to their data with home repairs. Additionally, attempting to repair mechanical issues outside a certified cleanroom is an express ticket to a completely broken hard disk.

Faced with these issues, many operators turn to a professional data recovery service, such as TTR Data Recovery. TTR’s ISO 9001 and SOC Type II-certified engineers are experienced with all causes of RAID 0 failures and have the necessary tools to tackle each of them.

As RAID sets often store critical data, TTR offers various service packages, including emergency services. You can rest easy knowing that your data will be delivered back to you ASAP.

If your RAID 0 has failed or showing signs of failing, don’t wait until you lose your data. Get in touch with TTR Data Recovery engineers and ask for a 100% cost-free consultation.

What happens when a RAID 0 drive fails?

Due to its lack of redundancy, the entire array will cease to function.

How dangerous is RAID 0?

Out of all RAID configurations, this one has the lowest tolerance for failure and as such it should not be used to store critical data.

How many simultaneous drive failures can RAID 0 recover from?