Menu
Uncategorized How to setup RAID 0 : A Definitive Guide
Hit enter to search or ESC to close
X

How to setup RAID 0 : A Definitive Guide

How to setup RAID 0 : A Definitive Guide

An accurate RAID setup can prove to be the most vital aspect of your business. Whereas, a faulty implementation could disintegrate the entire storage system. This could be a matter of concern especially for a RAID 0 which is not a redundant array. Improper configuration of any disks could lead to counterproductive results, hence how it is set up makes all the difference.

In this article, we will sum up the basics of a RAID 0 setup, a failure scenario, its workings, and its optimal use. 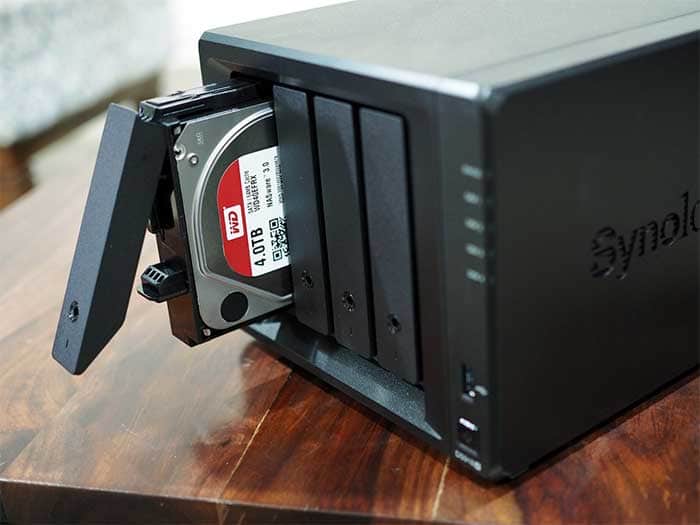 Since a RAID 0 cannot withstand beyond a single drive failure the first thing you want to do is to create a backup of the relevant files on external storage space to avoid losing data due to a failure.

It is important to create a reliable backup with the most recent copy of the data. This helps in making sure that no file is left behind in the process.

Though newer machines come with built-in controllers that support almost all RAID types, make sure that your motherboard and controller are compatible with the type of RAID you have chosen.

How to setup RAID 0:

In a Windows system, a RAID array is usually addressed by the name of “storage space”. Transferring the files from one single array is possible on the new RAID storage.

To create a storage space, you need one hard drive, whereas to create a RAID you need at least two disks. 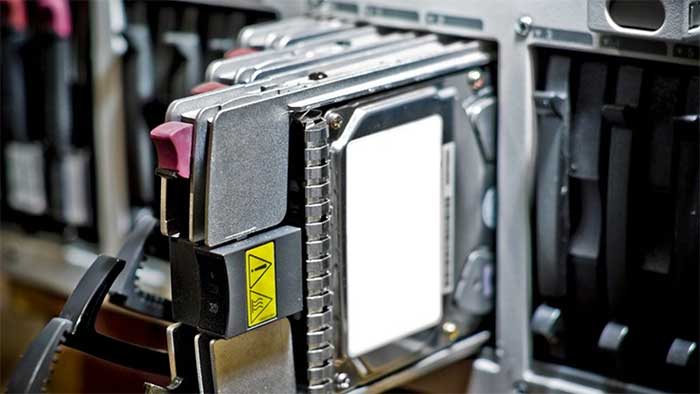 A RAID 0 can be set up without reinstalling Windows If your machine has a RAID I/O controller hub (ICH). In its absence, A RAID cannot be configured until and unless a RAID controller card is installed in Windows.

More drives can be added, depending upon the computer hardware, in case you are looking for remarkable performance and larger storage. While doing so it is important to configure the drives according to brand solidarity, which includes same nature, same model, firmware, etc. If not, the performance will slow down to equal to the speed of the smallest disk in the array.

Partitions are oftentimes used to organize different files. Before any hard drives is configured in the RAID array, make sure that it is clean of any partition tables, file systems, or anything of relevance.

RAID Windows comes with advantages like mirroring the partitions which also includes merging partitions from multiple disks to a single disk and also provides substantial speed. It is also possible to create volumes from the Windows drive manager which leaves no need to configure BIOS.

A Windows RAID being adaptable with mirroring makes creating them from the current array, including files and documents, possible. This also helps when deleting half the mirror, keeping the other half undamaged. A Windows RAID makes mirroring partitions possible, especially those from separate drives into one individual RAID drives.

It usually takes a long time for the RAID mirrors on windows to sync, which depends upon the capacity of the disks raid. The performance is likely to drop during this process. This is important to keep in mind if your RAID is used in business operations that mustn’t stop during certain hours.

Windows RAID is better than a hardware motherboard RAID. The only problem with a Windows software RAID is that drive expansion is not available online. Though it is suggested to not opt for Windows RAID on a system drive.

Apart from other Windows options, Windows 95 and Windows 98 don’t support the RAID configuration, but if you really want to use these outdated operating system for whatever reason, a RAID setup can be added with an add-on software. Windows XP, Vista and Windows 7 allow the software RAID version which is a way more suitable and easy to implement option than the hardware RAID.

Can you add additional disks in a RAID 0?

Yes, it is possible to add additional disks in a RAID 0. Using new, additional drives provide the benefits of better speed and superior performance.

When resizing the array using additional drives, the need to create a backup is essential. Single drive failure could prove to be a bottleneck in the RAID 0 work operations.

You cannot break a RAID 0 stripe volume without a backup. Whereas, in the case of RAID 1 hard drives, the mirrored array can be broken when needed without any repercussions.

The significant features of RAID

How do you know if a RAID 0 has failed?

One of the first signs of a hard drives failure is that the NAS volume no longer remains accessible. The below symptoms can be checked to gauge whether the RAID0 has failed:

With a RAID 0 recovery, the aim is to get the failed drives to function and then recover the data from the failed drives collectively. RAID array failures are related to software and hardware failures. To avoid drive failure, make it sure to use new drives as much as possible.

RAID 0 stores data by splitting them into chunks and striping it across multiple hard drives and stores data according to the needs of your work operations. This function allows for better and quicker access to all the files. RAID 0, RAID 5, and RAID 6 are among those that use the striping function.

Depending on the kind of RAID you’re using, it brings together the drives in one single logical unit to create one large capacity. Using A RAID 0 offers quicker read and write speeds in comparison to RAID 1.

It is not a redundant array, so a disk can fail at any time, therefor it may not be the most reliable storage option and can have a catastrophic effect on substantial data. A single hard disk failure may result in complete data loss. A RAID 1 on the other hand can prove to be a much more reliable option due to its redundancy.

It is advised to use a RAID 0 only if a failure safety mechanism or reliable backups are kept aside from time to time. This helps documents and relevant files to be restored immediately and business operations to function without interruption.

Hardware RAID drives are expensive but more reliable than software RAID. The latter can only function in the operating system it was set up in.

When you found yourself in circles trying to fix your failed drive, it’s time to call a RAID recovery service! 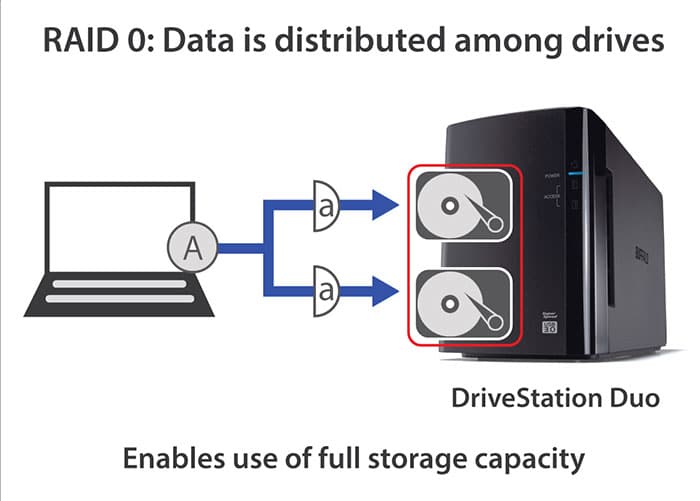 Though, due to the zero data safety, it’s not a reliable storage option when using for mission critical business data or files with high importance. It’s best to use this storage option with caution, since it may result in higher failure rates.

While a RAID 0 can be a popular file storage option for many individuals and businesses, it’s not suitable to meet the needs of everyone. First, consider what type of files you will be storing, what your highest needs are, and what you can’t afford to risk.

Then, talk to an expert in data recovery to weigh out all your options and determine which RAID would be best for you.