Hit enter to search or ESC to close
HOW DOES A HARD DRIVE WORK?

Understanding How Does a Hard Drive Work: A Useful Guide For PC Users!

If you’re looking to find a professional hard drive data recovery service to fix your HDD, It is important to learn first how the device works.

More and more people encounter data loss problems sooner or later. This is why the data recovery industry is starting to receive a higher demand. TTR Data Recovery alone faces at least 70,000 data loss cases in just one year. Those are the estimated cases in the areas we cover but you can only imagine how much total data loss cases there are across the globe.

Out of the thousands of people who experience data loss, a big percentage of that are people who mishandled and damaged their own devices. Hard drives are what stores most of your data so the slightest bit of damage can already bring you a wide range of issues. Understanding its function is key so here are some of the benefits one gets from knowing how a hard disk drive works:

In this article I’m going to explain to you how a hard drive works, it’s main parts and function and more.

Here’s an infographics to help you visualize: 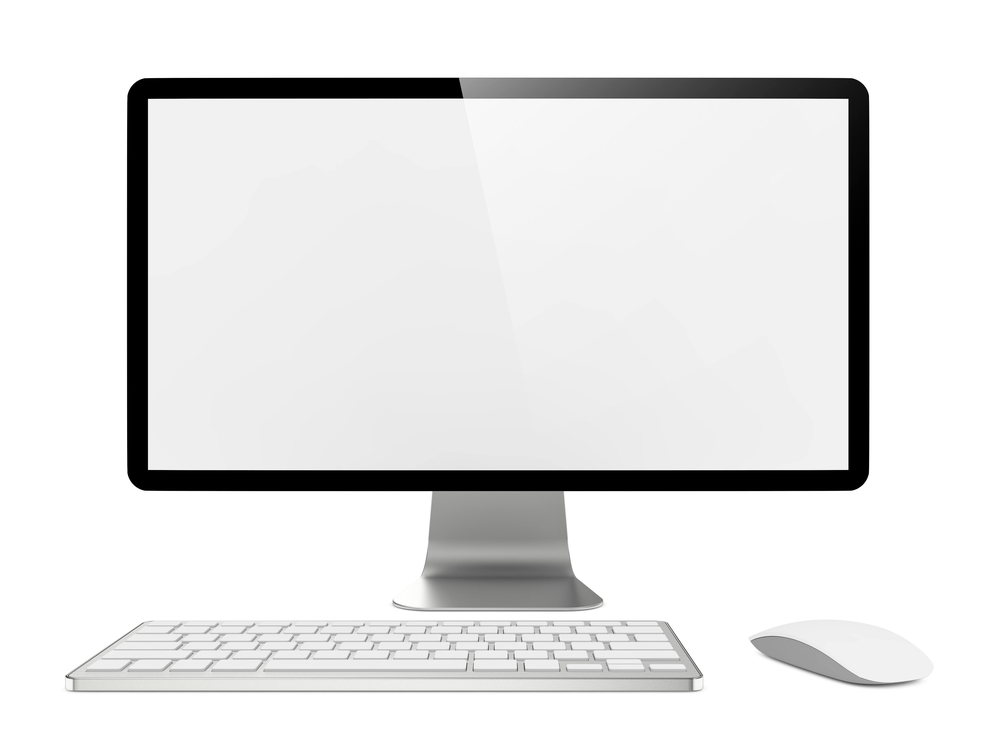 Understanding Your Hard Drive And It's Function

Everyone uses computers, but surprisingly few understand their most essential components. Even in the face of constant new development, hard drives remain the overwhelming standard in consumer and business data storage technology. Understanding how a hard drive works isn’t just useful to computer enthusiasts and network admins. Such knowledge is helpful to anyone who wants to maintain control over their mission-critical data or recover it after a loss.

What Is A Hard Drive?

Hard drives are devices that work with the other components in your computer or server to facilitate the storage and retrieval of data. While parts like your motherboard, CPU, RAM and USB bus all play important roles in manipulating information and moving it around, they don’t retain anything permanently.

RAM, flash memory and other forms of data storage represent data in the form of electrical charges, with certain levels of charge designating those 1s and 0s you’ve heard so much about. When these circuits lose power, they also lose whatever information they held. Hard drives, on the other hand, employ magnetic fields to represent information. These fields retain their previous states when they’re not actively being maintained, so hard drives can recall data even after being unused for some time.

What Are The Parts In A Hard Drive?

The Origins of the Hard Drive

Just like any smart innovation that was introduced to us over the years, there were some bright minds behind the hard drive. The International Business Machines Corporation, or simply IBM, is the multinational information technology company responsible for creating the hard drive. In fact, they are the same company that introduced floppy disks, ATMs, and the UPC barcode.

Engineers at IBM basically created the hard drive so that computers will finally be able to make use of “random-access” memory that is very accessible. They started working on it in the 1950s and by 1956, IBM finally introduced the first hard drive. Reynold B Johnson was the guy who was officially credited for being the creator of the hard drive.

Johnson is even referred to by many as the hard drive’s “father”. Johnson also invented the video cassette tape and the automatic test scoring equipment. Sadly, Johnson passed away back in 1998 due to melanoma.

When the hard drive was introduced back in 1956, it was first called the IBM 350 Disk Storage Unit. During the 1960s, hard disk drives eventually became the frontrunners when it came to secondary storage devices for CPUs used for general purposes. To this day, hard disk drives have still maintained a consistent demand in the tech industry.

How A Hard Drive Works?

Hard drives are also known as hard disks because the platters they employ are disc-shaped. Each platter is coated in a special thin film of magnetic material whose field can be flipped when an external magnetic field is applied. This film is further divided into separate segments that each store a single bit of data.

This is similar to what happens when you bring a magnet near a piece of iron. The iron will pick up a slight magnetic orientation as its field is realigned by the magnet’s field. In the case of a hard drive, the read-write head mounted on the moving read-write arm applies the field to write a bit. It can also read the orientation of a previously-written bit’s field to retrieve data.

How does a swiveling arm reach all the areas on a round disc to fill it with information? The platters spin in place at high speeds that are well upwards of 4,500 rotations per minute. This permits the arm’s read and write heads to access different parts of the platter and perform operations extremely rapidly.

Of course, hard drives aren’t just platters, arms, actuators and high-speed motors. All this specialized hardware requires precise control circuitry that not only maintains the operation of the disk but also ensures that data gets transferred to other parts of the computer correctly.

As you might expect, such complex systems also have the potential for numerous kinds of problems. At TTR Data Recovery, we keep up with hard drive technology so that we can help you bounce back from faults no matter which parts of your drives they impact. Learn more by visiting us online or checking out our blog. 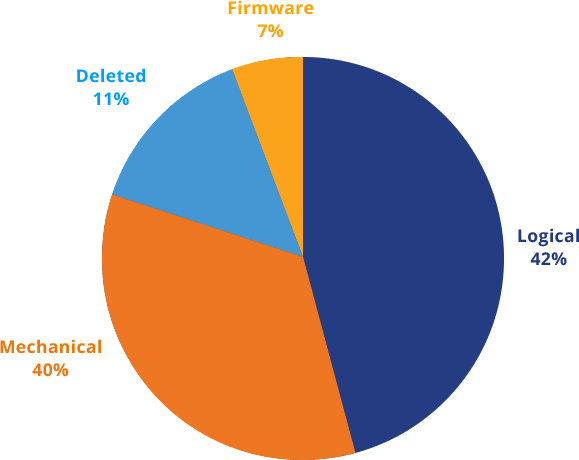 Hard drives basically use magnetism to store your data. A thin film inside the hard drive is made from a ferromagnetic material and it is being magnetized. The magnetization transitions are what make the data in the hard drive readable.

The magnetization direction changes and this is what you consider as the binary data bits. Encoding schemes like run-length limited encoding get to encode the data of a user. This later decided how the magnetic transitions will represent the data.

Those who frequently deal with huge files and complicated applications should choose hard drives with the 7,200 rpm spin speed. It may not seem like a big deal at first, but the spin speed can really allow you to get things done after. It’s good to know about the spin beed because customers aren’t usually educated about it when they ask employees at tech stores how a hard disk drive works.

Which Should You Get?

If you are still wondering which to go for, the reality is that you should actually get both. When you buy a new computer or laptop, there will probably be an internal hard drive that’s already built-in. You should use the internal hard drive as the main storage unit for all your files.

Why You Need To Backup Your Files All The Time

Hard drives are often your helping hand in storing important files you may need for school or work. While hard drives are built to last for decades, problems can really arise at the most unexpected times. Your hard drive encountering problems can lead to you losing hours and hours of hard work.

Saving a backup is always something tech experts will recommend to you. Even if you mastered how a hard disk drive works, everything you learned will be put to waste if you forget about learning how to backup files. The easiest way to backup files is to use an external hard drive.

External hard drives vary in storage capacity but a lot of them are more than 1TB already these days. For backing up your computer, it is recommended that you get an external drive that is twice the capacity of the current internal hard drive you have. This basically makes sure that you can really duplicate everything that you have currently stored.

During the whole backup process, you shouldn’t interrupt it or shut off your computer. Backing up your computer is not just a one-time thing because you have to be doing it regularly. It is recommended that you backup your files every single day just to be extra prepared. Next time you have a hard drive or computer problem that causes you to lose data, you will be glad to have a backup on your external hard drive that is up-to-date.

The Difference Between Hard Drives and SSDs

Technology in our world today is always evolving. While hard drives were a revolutionary invention, it was really inevitable that something better would be created. This is where SSDs step in. 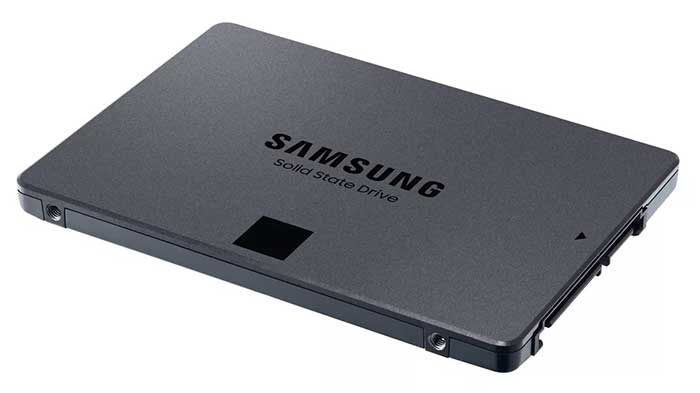 An SSD or solid state drive is the more modern option people have when it comes to storage devices. SSDs store data through memory that is basically integrated circuit assemblies. When you ask an expert to describe how a hard drive works, you will discover that hard drives use spinning magnetic platters. SSDs, the other hand, make use of flash memory chips.

There are just some of the benefits of using SSDs:

Because SSDs are changing the game, many of the modern computers use SSDs instead of hard drives already. If you are an Apple user, you would notice that the latest MacBook Pros all use SSDs already. SSDs also decreases the overall chances you will experience any data loss.

Technical differences of a Hard Drive and SSD:

For those who are looking for more technical differences between the two kinds of drives, here is what you need to know:

Without even knowing exactly how a hard drive works, the numbers you see above can already show you that an SSD is better. The only catch is that SSDs are more expensive than hard drives. SSD prices were very high during 2016 and 2017.

Thankfully, upgrading to an SSD got easier because SSD prices have been going down since 2018. If Samsung 500Gb SSDs used to be worth around $169.99, today it is already down to $72. Prices are basically going down because of how the NAND Flash memory chips are being oversupplied and of course, because of the competition in the market.

How To Fix Hard Drive issues

Even if you can confidently describe how a hard drive works to all your peers, you will still need a helping a hand whenever you face any kind of problem. If you really knew how a hard drive works, you would know that attempting to recover data on your own might just make things worse. Only experts who have handles hard drive problems for years should be working on your hard drive.

Fortunately, TTR Data Recovery has many services for any kind of hard drive issues you might be dealing with. The technicians at TTR Data Recovery are all licensed and have been recovering data for a decade already. The best part is you wouldn’t really wait long because they will be able to fully recover your data in a week or less.

Other than hard drives, TTR Data Recovery can also recover lost data from:

Have a hard drive problem at the moment? Feel free visit the TTR Data Recovery site and submit your case ASAP!