External RAID array - Everything you need to know!

An External RAID array is anytime a better option in terms of steady storage, whereas they offer better speed than internal RAID array.
(888) 328-2887
Start Data Recovery

External RAID array - Everything you need to know!

When talking about External RAID arrays, it often sounds daunting and overwhelming having to work with them. Storing information and maintaining a well functioning system could be puzzling as well!

Though, if used efficiently, External RAID arrays can prove to be highly beneficial for users. This article will help you better understand what they are.

In this article, we will walk you through the workings and applications of an External RAID array for its superior usage. Further, this article will also come with evaluating the differences between an internal and an external RAID array and knowing the precautionary steps for a fail-proof setup.

Workings and uses of an External RAID Array 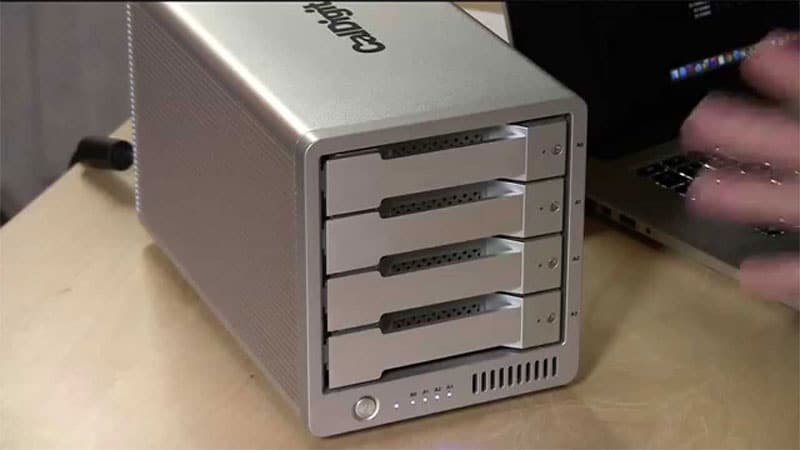 What is a RAID array and how does it work?

An External RAID is a data storage technology that enables the user to connect two or more hard drives in the machine. It makes the array look like a single volume for better storage and superior performance.

The RAID hard drive works in a diverse way with regard to the option chosen. RAID 1 works by mirroring identical information throughout the stack. Whereas, RAID 5 works by striping the data uniformly across the hard disks via the parity function. Similarly, the RAID arrays are a combination of different functions combined, which are mirroring, parity, and striping.

The hard drives to an External RAID can be increased for a smooth sailing and undisturbed work operations. In the case of a RAID 0, the increased drives also help with the better speed. Whereas, in the event of a RAID 0 drive failure, a spare hard drive is crucial.

Uses of an External RAID Array 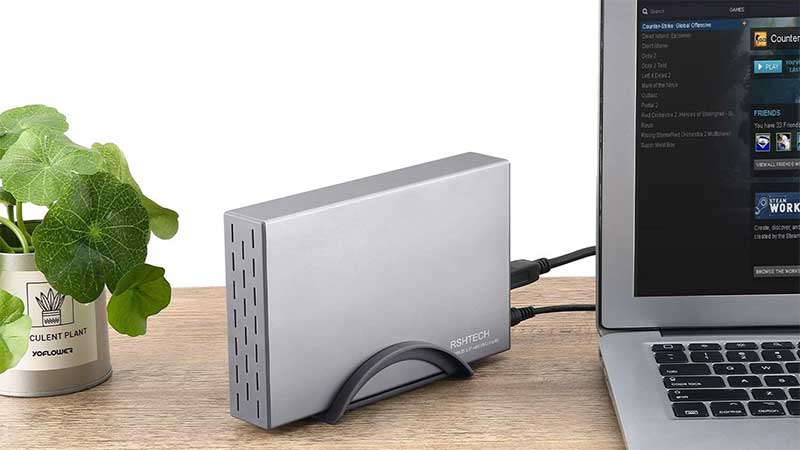 An External RAID comes handy when the storage capacity of one drive is insufficient and the files don’t fit in the limited number of drives. Despite the outdoor work operations, an External hard drive can assist you when you plug the array back into the computer. Hence, tasks like editing are still possible even though they are created outdoors since operations can be carried out when plugged into the system again.

Controllers in a lot of new systems offer the function of a USB hard drive. A USB 3 provides good speed, good storage, and a low price with a RAID 1 and 0 implementation. Operations with crucial data are helped by a USB 3 in RAID 5.

RAID 5 and RAID 6 are two of the most appropriate RAIDs and come with a good amount of speed and data protections. They are used not only for high-end multimedia tasks like video and photo editing and gaming etc. but also for business purposes and consumer uses. Along with its other benefits, cost efficiency is yet another added advantage.

RAID 0 is the best option for speed intensive tasks. Though in instances when one hard drive fails in a RAID 0, the files in the hard drives are permanently deleted due to zero redundancy. Hence it is advised to refrain from storing crucial data on a RAID 0.

A RAID 1 or RAID 0 is not recommended since the former uses lesser drives and the latter has no guarantee with regards to data safety. 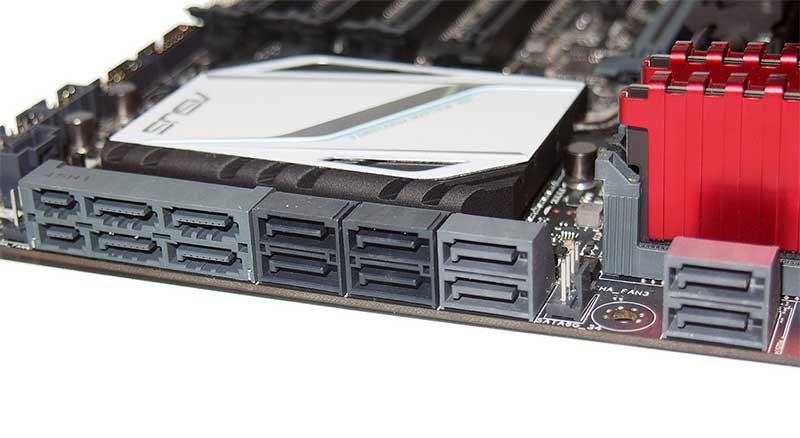 Differences between an External and Internal RAID Array

To sum up, an External RAID array is anytime a better option in terms of steady storage, whereas they offer better speed when both the options are combined. 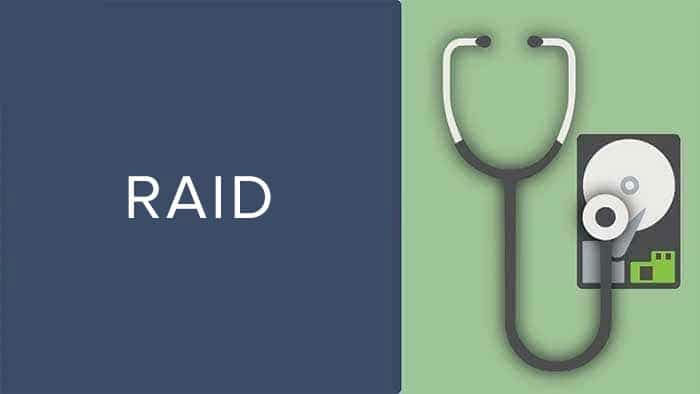 To be careful with an external hard drives make sure to not only use a RAID controller that supports the type of RAID installed, but also one that is good quality too. Ensure that the RAID controllers aren’t varied, in which case, combining multiple hard drives could be a problem. In case the RAID controller fails, the RAID drives need to be set up in another enclosure or system with the correct sequential order of the drives maintained.

It is also important to monitor the condition of the system from time to time and decreasing the burden on the system by deleting the obsolete files.

In case of failures, it is suggested to reach out for professional RAID recovery services.

The RAID hard drive should never be confused with a backup neither does a RAID hard drive protect against factors like user negligence, viruses, controller faults, power surges, etc. Theft and hacking are yet another matter of concern with the possibility of invaluable files getting stolen and recollecting all the files back will be an overwhelming task.

A copy of the data is a practical option saved in a separate recoverable volume in case data needs to be set up in another system. A back up from time to time ensures the latest copy of all the contents and makes sure that nothing is lost due to accidental deletion and work remains uninterrupted.